The Dreamers and Fighters, Oh Westworld

So I am finally catching up on Westworld and first, I love it. It’s insane. Mind boggling and makes you think and wonder all at the same time. Fucking incredible. Also, the use of Fade To Black as an instrumental in almost Japanese format at the beginning of episode 5 (season 2) is crazy good and intense.

You know what really bothers me though? I love Dolores and how ruthless yet human she is at the same time. She’s the best and the worst in all of us – but fucking Teddy. Teddy. THAT’S who she gets as a man in this show? What a seriously spineless weak follower of a guy. I expected a character as strong as her would have an equal beside her, not a follower. True, he’s kinder than she is, and softer around the edges, but he lacks passion and strength. I understand the purpose of the juxtaposition of the two and while yes, she has a depth of cruelty to her that is almost uncompromising, she also has a softness and humanity to her that makes you understand the depths of her as a being.

But Teddy? Damn Teddy. He lacks passion at either end, instead opting for the safety in the middle. He’s always taking the easy road – the hard one only if he’s following Dolores. He’s the handsome picture of every man ever intimidated by a woman and I think the only reason he doesn’t run away is because in Westworld, if he ran, he’d be dead. He’s the poster child for mediocrity and while I do see the role he plays and why, and how he is supposed to soften her hardness and hatred, he doesn’t do it through strength. He does it through following her and in the end, she really never grows with him, just in front of him. 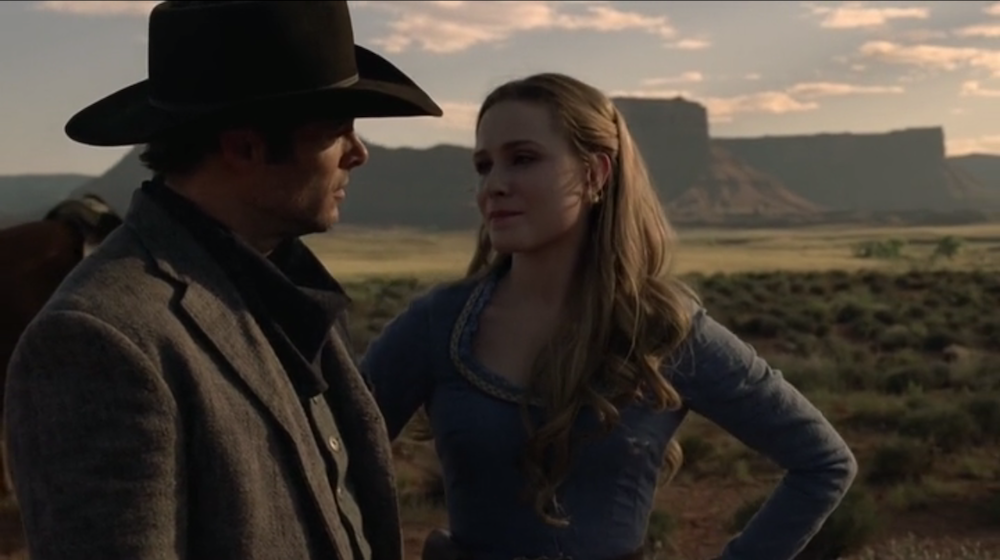 It’s sad – tragic really. And such a parody of every relationship I’ve been in in one way or another. I was either Teddy – trying too hard to figure out who I am and how I fit in and hoping someone someday would love me enough to really see me for me. Or Dolores, a parody of me when I became stronger, rough around the edges and ruthless at times, even uncaring. Also me as a wiser person with a clearer vision of the world living unapologetically with no doubts as to who I am today, tired of standing next to – or rather in front of – some man that was so clearly intimated by me but I was just too busy seeing the dreamer in him to see he would never have the strength to fight for me or even stand by my side.

You see I’m a dreamer also. But I’m a fighter too, and loyal to a fault. If I believe in someone or something, I’ll fight for it at any cost and I see and respect that in Dolores and I see bits of my own father – the good and the truth of him anyway – in hers, Peter Abernathy. 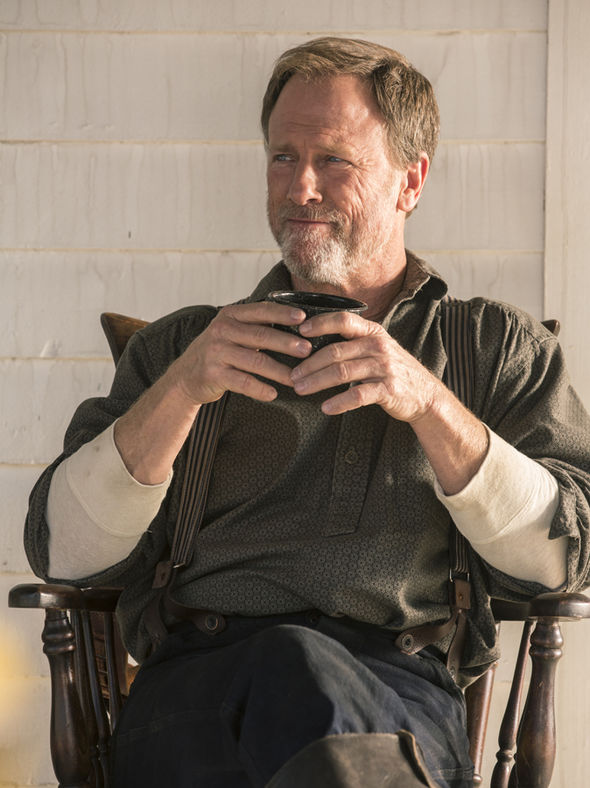 There are glimpses of Teddy as a strong man, even as a supporter, but most of the time he’s a loyal stand behind and it saddens me that he’s rarely her equal. He’s her equal only in that he makes her feel, and helps her open up to someone else, something that I’ve only recently gotten better at doing to only find myself alone anyway. So while I’d like to believe that someone like Teddy is the soft spoken yet strong man that stands beside the heroine of this story, all I see is a mediocre man and wishing for something more. For Dolores. For myself.

Maeve and Hector, however, I do believe they’re quite okay…incredible actually. 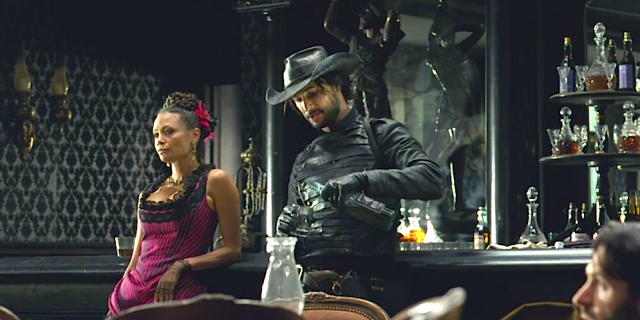 Couples that drink together stay together

Aside – holy fuck I love this show. I mean sure, I love Game of Thrones too, but this shit is just fucking intellectual and mind boggling and outright fucking brilliant. Also I get that about halfway through this season shit goes REALLY off the rails and Dolores and Teddy are basically totally different than the idealized over-simplified way that I defined them above as they very clearly become even more (and usually opposite) extremes of good vs bad and of each other, but for the purpose of my random ramblings above, I’m sticking to what I said up there. Oh, and thank you HBO for making a world run by women! #girlpower