Nope, don’t need a paddle to get through this shit. Just need some warmer weather, and a lot less ice and cold and shit and well…shit. Spring is just around the corner (or so they say) and yet the temps are gonna hit the single digits here this week (again) and my farm is under a sheet of ice and shit and snow and did I mention, shit? And you know what happens when horse shit and 3’+ of snow melt? Shit soup. And shit creek running through the middle of the farm. Without a paddle. No joke, people. Let me tell you – that shit sucks (pun intended).

Sometimes you’re just stuck wading through knee deep shit. I’d like to say that’s figurative, but in all reality, it’s not. I’d take the pictures to prove it, but really I don’t even want to look outside right now. We have mounds of crusty gross snow, layered with horse shit, piled on ice, with some snowmelt shitrivers underneath. Anyone who says spring is better than winter I tend to ask – are you crazy? Because you don’t know spring (and how bad it sucks) until you’ve waded through knee deep shit soup that is a lovely combination of mud, snow melt, and manure.

And yes, well maybe (just maybe) there’s stuff that can be said for wading through shit to get to the good stuff at the end, kinda like the light at the end of the tunnel, no one really feels like walking head first into an oncoming train now, do they? Mercury is out or retrograde (really? because it sure as shit doesn’t feel like it). Some things are falling into place. Shitty things are falling apart, but I suppose that’s why they’re called shitty. Every horse and owner on the farm is sick of the shit (again…pun intended…see a theme here yet?) of riding in the indoor and dealing with limited workouts and sore horses from slipping on ice and…you guess it, shit!

So I’d like to drink some wine. Toast all the awesome visibility this blog has started to get in the past few months, thank all of my followers from all over the world, and tell you that shit, I’m sorry I haven’t blogged more! But, as the snow-shit melts, and I get out more, expect more great, awesome pics of amazing places and things to do and fun and wine and beer and Jack and all that good shit! Starting off with a trip to Denver this week to see some of the most amazing people in the world, followed by some more really cool shit. 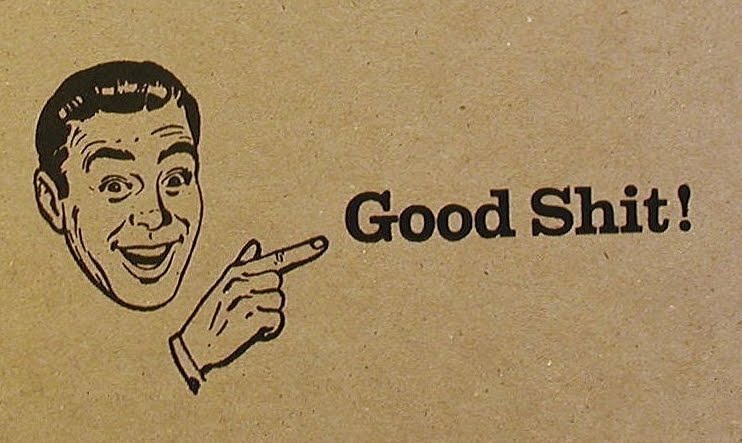 Ahh, the wonderful uses of the word shit. And shit, with that, I’m signing off…for now. Maybe instead of my favorite hashtags of #whiskeyoclock and #wineoclock, I should make a new one #shitsoclock or #goodshit. How about #happyshit? Nah that sounds corny. I think #goodshit really kinda sticks (because well, it does, at least here on the farm…to your shoes, your clothes, your horse, the ground, the carpets, and everything else around you).


Damn, I may be ready for summer. And that’s shit I never say!