It was just about a week ago that I finally sat down, and opened up the envelope with my horse Lucky’s hair, and it was almost a year since I lost him. I wasn’t home that day – I was on my way to Kentucky for work and just about an hour from the Horse Park when I got the call that he was injured in a pasture accident (Lucky was a master at pasture accidents, so initially this wasn’t a huge shock as he could get injured in a padded room most days and hadn’t been rideable in well over a decade). The vet was on the way. The rest of the circumstances surrounding that evening and everything that happened are lost in a blur of phone calls, text messages, juggling work responsibilities and checking in at the park, and, of course, the final outcome. He was gone. I collapsed in a heap of tears and despair. Not being there to triage and attend to him myself, and be there with him in his final moments is something I am gutted over to this day. Opening the envelope with the lock of his hair was the first step in realizing that everything happens for a reason, even when that thing that happens is sad and tragic, or jolting, or shocking, or something you never expected. Or maybe it was something you did. But somewhere in there, there’s a reason in everything. You just have to look for it. 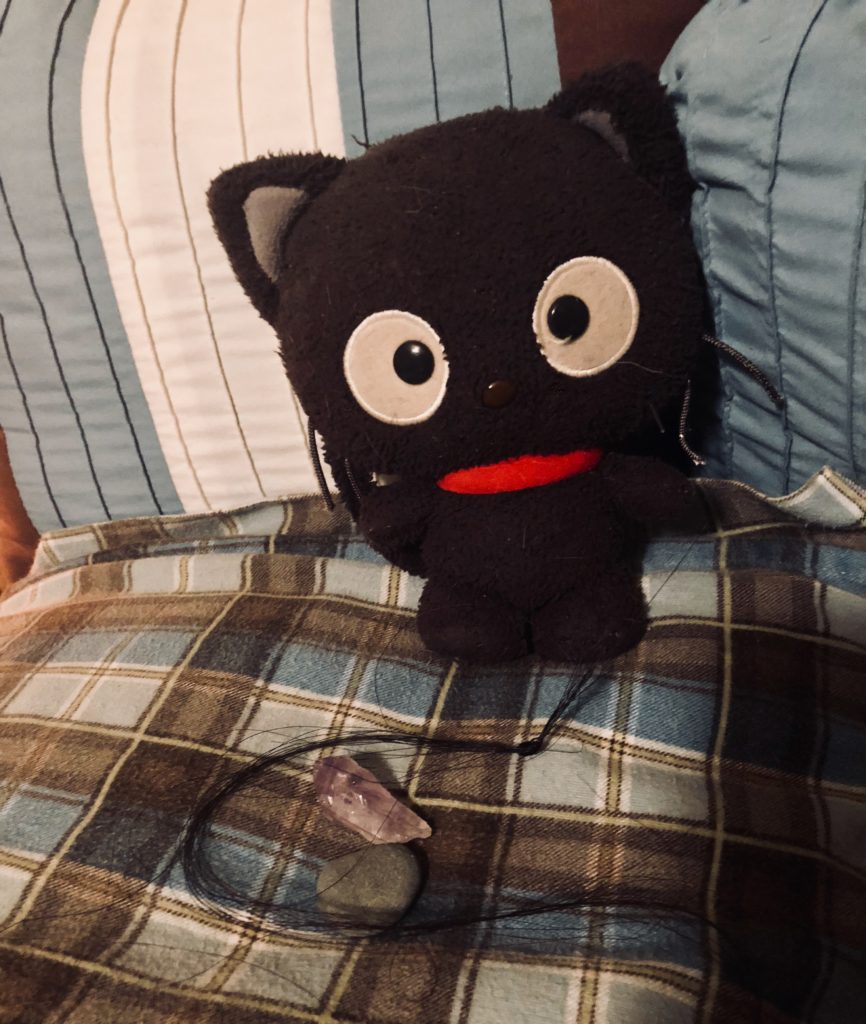 What followed next was a whirlwind of change that lead me to where I am today. On my own farm in a long term situation surrounded by one of my lifelong best friends who I can trust not just with my own life, but the lives of my animals as well. That alone is a peace of mind that is priceless. Since moving, my cats are fitter (Caspian is even less fat!), the horses are fatter (free choice hay + low stress environment will do that!), and my dogs are in heaven (figuratively, not literally!). Finally, I’m learning to breathe again. And I mean really breathe, not just survive. I realized that a lot of life is figuring out which bridges to cross, and which bridges to burn, and the move last summer started for the first time in my life to make that clear to me. 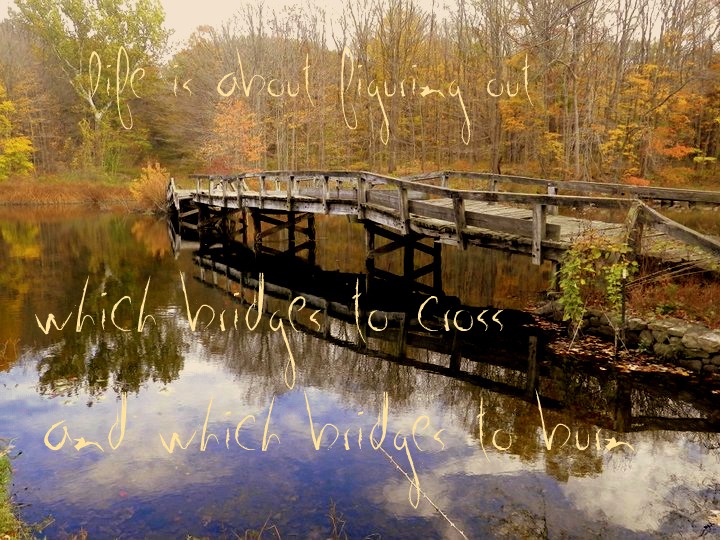 I’ve been able to take a step back and when things started to feel overwhelming, I had a safe space to be that I could retreat, regroup, and heal. And that’s exactly what I did. I took time for me. I took time with friends. I took a mental health day from work. And I was able to remember – from the reassurance of my own self, as well as the support of true friends – that even when someone wants me to be their scapegoat, no one can change my own reality but me. And with that, I was able to let it go.

Let it go. Stop holding on to worry and concern. Stop fretting over who was saying what about me, if someone really thought I did this or I didn’t do that, and making sure that everyone heard my side. I realized my side doesn’t matter.

And so I sit here to tell my story, only to realize that I don’t need to tell it. As my sister always says, “live a great story.” That’s exactly what I am doing – living. A great story.

Thing is, the truth always seems to have a funny way of coming out. Stories, you see, have a life of their own, and what you spin into story comes to life. It would seem that all those years of staring at this poster believing I really could climb through the wall and ride that unicorn to go on great adventures was every bit as true as I believed it to be. Because it was part of my story, and so it came to life for me, in its own way. The same holds true of any other stories you put out into the world. You breathe energy and life into them when you tell them, so make sure the story you’re telling is a great one. But also an honest one. Because if it’s not, those elements of untruths will start to fall apart. They can’t hold up in the light as well as the truth can and their little bits of darkness start to seep through the cracks, and eventually they crumble under the light. When that happens, those spaces the untruths leave behind start to open up gaps in the story. Gaps that will be filled by other people in the stories, and they’ll start to plug those holes with their truths, or perhaps, their own untruths. But if they fill those holes with their own untruths, over time they too, will crumble and so the cycle will continue until all the dust has settled and all that remains is the truth. 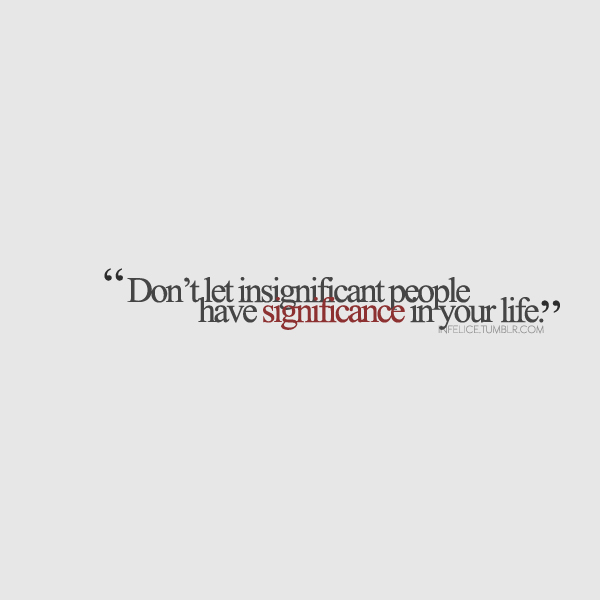 So unless your story exists in a vacuum, or perhaps in a cabin in the woods with no interaction from others akin to Walt Whitman’s humble abode, it’s always best to tell your TRUE story.

Be honest. Be raw. Be real.
But above all, be you.

I’m me. It’s the only person I know how to be. And I want to live a great story, so I am. This story of mine is one of friendship and courage, of mistakes and fuck ups, trials and tribulations. It also includes heartbreak, juvenile mistakes, and adult lessons that all lead me to where I am today. And I’m not done yet. My story moved with me to New York last summer. It went with me to the Western Beer Garden Winterfest in Callicoon yesterday. It was a part of me when I forgot to unplug my aftermarket car seat heaters from the cigarette lighter and killed my battery in the middle of a snowstorm and needed a jump, forcing me to go back inside and maybe, give my number to that fun guy I was talking to all night. Maybe. It was with me when we *almost* made it over the mountain to Shandelee and just about did then Squirrel Nut Zip Car overheated and we had to slide back down in neutral and go the long way through Roscoe. It was with me today when I cleaned the house, and when I played with the dogs and cats, and when I went outside and did the barn chores for the whole of 20 minutes a day it takes me thanks to my awesome setup here. It was with me when I took a little longer to relax and spend some time with my horses, and when I came back inside to change so I could soak in the hot tub, and it was still my story when I got out of the hot tub and then decided that chocolate covered fruit and sweats and an afternoon on the couch watching Daytona was so my thing today.

My story is also one that I tell to be inspirational. To serve as a warning to others to help them from making the same mistakes that I have made. To help everyone who’s manic know that they’re not alone. We’re never alone even when we are. That’s the beauty of a great story. It has a life all its own. My story also has you in it. Because you’ve been here for me. All of you. Even those of you that I don’t necessarily want in my story are in my story if I give you words, or tell your tales intertwined with mine.

Suddenly, I realized, that if I didn’t want you in my story, I just had to stop talking about that part of the story and, like an actor on a television drama, let it be written right off the show.

That leaves the rest of it. The friends I have. The life I lead that I hope can be inspirational as well as encouraging. Humorous, different, a little off kilter even, and always without a paddle. And I know not everyone will like my story, nor will everyone want to be a part of my story. But that’s okay. Because sometimes you’re too much for people and that’s okay too. Those people aren’t part of your tribe, so don’t waste time trying to write them into your story.

And believe in yourself because it’s an amazing life when you write your own story. After all, no one else can write your story but you. What are you waiting for? Me? I’m here living my story. Write with me and let’s see if our stories intertwine. 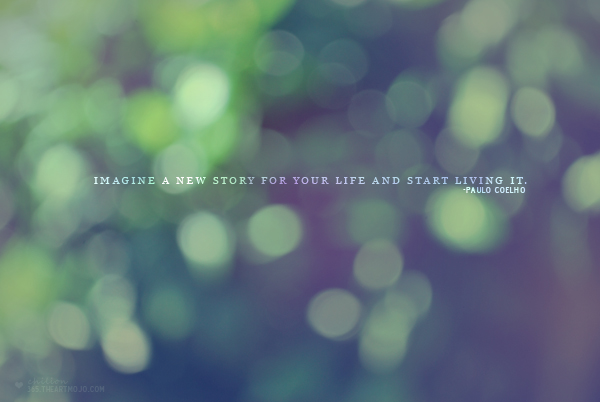