I’m on the road for tomorrow. Firmly. One day at a time, one foot in front of the other, I know where I am going. I also know where I’ve been.

Even when I don’t like admitting where I’ve been, I can always admit that I’ve learned from it and whether I saw it at the time or not, it had its purpose in my life at that time for whatever reason or lesson it was I needed to learn. And so I’m happy to say I’ve learned, and moved on, moved forward, and no, I am not looking back. 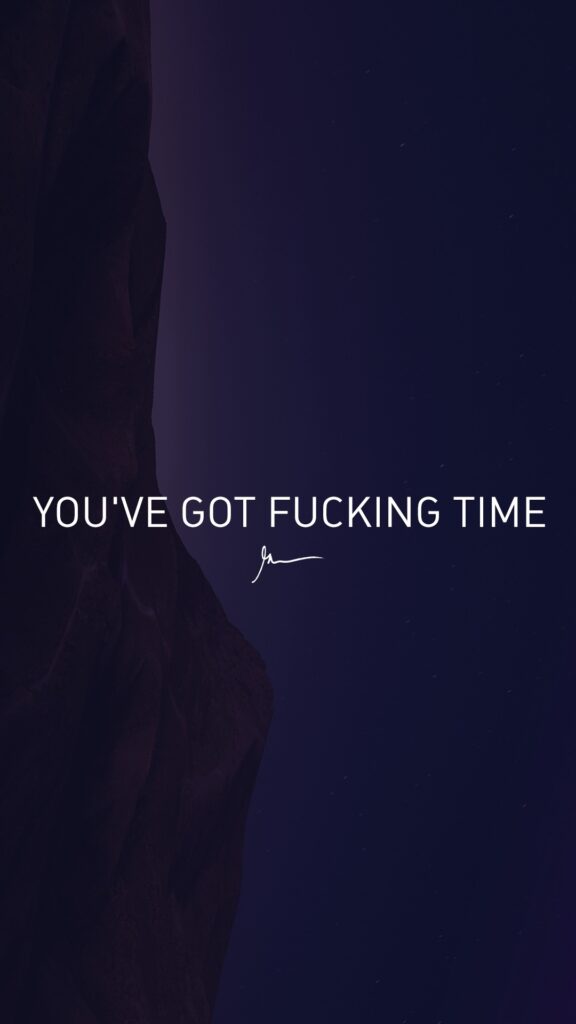 Some people like to dredge up the past, point fingers and blame, and talk out of both sides of their mouths. Saying on one hand that this is the situation or circumstance, but on the other trying to also own the results without the blame. Or maybe they want to own the blame because playing the victim works for them. In some cases, it’s about attention. In other cases it’s about things I can’t even explain or understand, nor do I care to try. Reality is often in between, and always personal. If you can’t own your life, stop, make changes. And then own it. Not later, not tomorrow, not when there’s more time. Now Do it now. Because you’ve got fucking time. This is the most important shit you can deal with so do it right this minute before you do anything else. Understand the difference between delegating and shirking. Delegate to grow and learn while still owning everything under your umbrella, whatever that umbrella may be.

I’m still learning. Life is all about learning and every day I am learning more. It’s been a long time since something threw me in such a tailspin as so many recent events have (and no, it’s not just one thing, and it’s more than you think), but it’s also never been something I’ve been so readily able to own. To say this is me – I am manic – and I need some time but I’ll be okay. And it’s okay to take a mental health day. And it’s okay to talk about it. Or not. You do you. No one needs to tell you how to live your life. Just own it. Own yourself. Own your body. Own your rules. Own your life. It’s okay if you color outside the lines, or prefer math to magic, or magic to monotony, or unicorns to horses, or a pet rock to a pet anything else.

You do you. No one else can.

Just remember that. When you’re down and out, or struggling with the whys or hows or who’s, or in a twist to put what you thought you knew as reality back together because someone pulled the rug out from under you, just stop and remember. Nobody else is you. Not here. Not there. And not anywhere in between.