Well it’s been one hell of a week, that’s for sure. Last Friday I worked til 2AM, and this week I don’t think I’ve made it to be before 1:30AM even once. Last night I was woken up on my couch by my cat wanting to know when we were going to actually go to bed. I have no idea what time I feel asleep, but I know it was after 2. All in the name of working for myself!

There’s a big conference this weekend (AETA) in the horse industry that I’m going to, and on top of getting ready for that, I’ve had a ton of client work to do as well as picking up some new work so that I (hopefully) won’t be as broke as I’ve been.

I’ve forgotten to eat more times than not, and at the present I’m eating the super healthy combination of scrounged from the upstairs fridge microwave mac and cheese mixed with a can of some of the worst chili you can imagine. Yes, I make home made versions of both, but considering it’s after 10PM and I’m just eating now, I went with the easy lazy option. Mixed together they normally taste great, but the cheap version…notsomuch. Oh well. I’m going to have heartburn for days, I can feel it already. Hey, at least I don’t have to blame it on the wine! Which I may have been drinking like it’s my job. To stay sane, of course. Only I’m out tonight. Sad for me. Drive through, maybe?

So I leave you with this – dinner the other night. I actually did stop long enough to make whole wheat pasta with chicken breast and kale in a light olive oil sauce and a dusting of parmesan romano cheese. YUM! And wine. And that’s water in the moonshine jar, mostly because I was being hopeful (and it was the biggest glass I had). 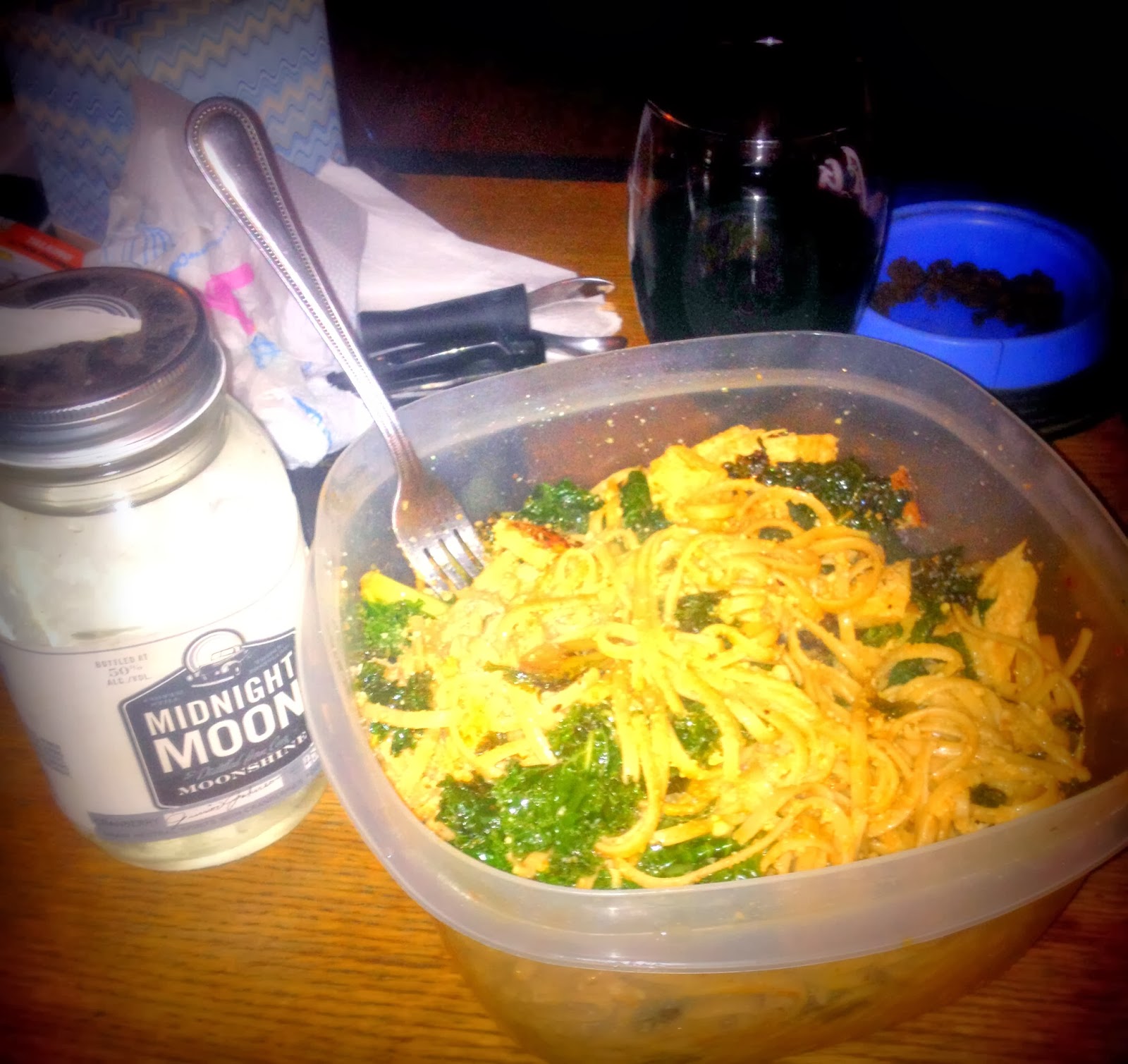 I’m taking Monday off, because the conference runs through the weekend. So for a change, I’m saying, “Is it Monday yet?”. Of course I’ll probably be spending the day splitting and stacking wood so I have heat, but who knows, maybe I’ll figure out just how to veg out on the couch and even nap or something. Ooooh…sounds delightful! And now – last minute touch-ups before bed then off to AETA in the morning!